Because I missed a lot of the planned concerts from the (delayed) The Unforgiving tour due to work, I was very happy with the Sanctuary Tour and was able to see this show 5 times (2x Eindhoven, Tilburg, Breda and Roosendaal).
I was somehow thinking more about a acoustic show than a full power concert, but that’s probably because of the previous Theater Tour and album.
For me no problem, I had a great time with this concerts, even when started seated, it finished almost every time standing up and rocking to the beautiful music and show!
Every night I had a seat near the stage so the second part I was standing at the edge of the stage, that was an advantage because there where no barriers like with a ‘real’ concert. I enjoyed this Sanctuary Tour very much! 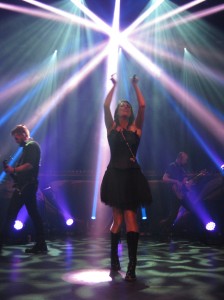 To be honest I was expecting more from the show, but that was because of the information Within Temptation released prior to the start of this tour, like “The visuals shot in the highlands will be projected on the largest LED-screen that has ever been used in the Dutch theaters and will be combined with life-like 3D projections.”
But for me the stage and the LED-wall looked the same as on the previous The Unforgiving Tour.
I was hoping to see more set-dressing to create the Celtic atmosphere I was hoping for. There was only the first dress that looked a bit inspired to the theme of the tour, even when it looked more like a Roman toga dress then something from the Highlands. I only was hoping for more of this Highland atmosphere, and with seeing the T-shirt came the second disappointment; the design looked more like an Opera and a Venice Carnaval mask than something that fits a Sanctuary Tour!
The show itself, and this is probably because I’ve seen it 5 times, looked very rehearsed, up to the movements of Sharon.
This because of the programmed lighting in the theaters which looked great, but it puts down the freedom of movement for her.
Strange that this lighting was changed in Roosendaal where I noticed for the first time a nice effect with small beams focused together above Sharon like a big star/ray of beams (see pictures).

But al this aside, it was a great show, with a fantastic setlist, I had a good time, enjoyed being so close to the stage and I’m a happy man for being able to see the show 5 times.
Thanks to all the band members, even Robert who played the second half in Tilburg, all the road crew and theatre crew, and all the other fans for the good time! Thanks! 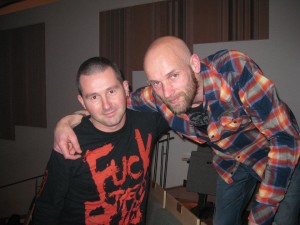